Montrose Bible Conference hosts Montrose Christian Writers Conference in July. This year I made my way there with the intent to seek God and then concentrate on writing. Last year, it was all about me. Am I a good writer or great writer, or not?

I asked Cec Murphey something about a piece I crafted and he said, “Oh, you’re looking for affirmation,” in an understanding tone. I nodded my head, almost ready to cry. I don’t remember what he said after that. He’s a nice guy. A best seller and a nice guy.

This year, Monday morning, the new director, Marsha Hubler read part of my essay to the assembled throng and told them to listen to this, it’s very good. 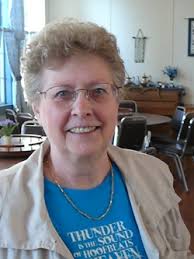 I sat there very still and could almost feel the blood rushing through my veins. It’s amazing to me that when people who love God let go of stuff and agendas and people, God gives back more than they expect. I love God because He drew me to Him. 1 John 4:19 (KJV) says, ” We love him, because he first loved us.”

Patti Souder stepped away from the directorship at Montrose so she could have more time to write. She chose the order of the readers for the Thursday night theater presentation. She had me go first. I almost missed it, because I’m usually somewhere in the middle and I arrived less than ten minutes before the start. As my peers clapped after hearing the three hundred word essay on “Equipping Writers for Eternal Significance,” I felt humbled.

I often feel humbled after God blesses me in little ways and big ways. When I sing the lyrics to the song, “I am a Friend of God,” which starts out, “Who am I that You are mindful of me, that You love me, who am I?” I truly mean it. God is all powerful; all knowing; merciful; gracious; our healer; our provider; our protector; our creator; Jesus, God the Son is our intercessor when we’re in trouble, the perfect parent and so much more. He’s just and tells us to leave vengeance up to Him. He gives us peace beyond our comprehension.

I’ve experienced that lately, especially in the car during a severe rain storm with lightning so close, I felt a bit traumatized after the fact. During the drive I was enveloped in a bubble of calm and sat quietly, for me, as my friend drove the car.

If you think God is distant and uncaring, pick up the Word of God and ask Him to reveal Himself to you in all His many facets. I think You’ll stand amazed at God as so many millions have over the centuries.

I stand amazed at the plan God made to redeem mankind. I don’t always understand it, even though I’ve been reading the Bible for a few decades or more, almost every day.

I don’t say that to brag, it’s just that after all that exposure, I still have tons to learn. What I think I understand having read the King James Bible and many others is that God gets seriously ticked at sin. So mad at murder and sex outside of marriage and homosexuality and stealing and gossiping and lying and cheating on your spouse and violence and taking His name in vain and for many other rotten things we humans do, that He sometimes wants to annihilate all evil people. On the other hand, He made all humans in His image and He loves people and enjoys us and wants to spend time with us.

So, He came up with a plan. Instead of wiping out most of mankind like He did when Noah was alive, and just saving a handful of people, He decided to send a substitute to take on all His wrath, so mankind could repent from their sins and this substitute would be chosen to take on the punishment.

The Jewish religion called for a perfectly formed lamb (or other acceptable animals) to be sacrificed for their sins at different times of the year for all those willing in Old Testament times. Thousands upon thousands of animals got killed as innocent sacrifices for the sins of the people. Maybe God got tired of seeing His creatures killed. He surely hated sin though and all the damage it causes others.

Yet, He made folks with the choice to love Him back or to reject Him. When men and women reject Him, He departs from their presence, even though He knows all and sees all, because He’s holy and sin is ugly. He removes His hand of protection from those that curse Him and don’t want Him around and so He says let their false gods take care of them. That’s in the book of Isaiah.

Eventually God the Father, God the Son and God the Holy Spirit, three separate persons in One God, a complete mystery, decided the world needed help. So Jesus volunteered to become the Lamb of sacrifice the first time He came to earth and He took on the sins of the world for all of time. No human is perfect, so God became flesh since He is perfect. 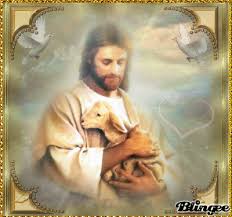 To access that forgiveness, He asked people to believe in Him and to repent of their sins and to follow Him. He gave them a choice. He came to the Jewish people at one of the worst times in history. They were subjugated to Rome’s rule.

He became a victim of crucifixion, one of the most tortuous ways to die. He became totally separated from His Father because God hates sin and He took on all the sins of the world from the past to the present to the future. Jesus became sin so we could be set free from sin if we choose.

Some Jewish leaders and some Roman leaders worked together to have Him crucified. Some of the priests and other Jews in authority wanted Him dead so He wouldn’t call out their sins to them. When King Herod killed John the Baptist, Jesus mourned.

Yet, the almighty God allowed Himself to be beaten and to be crucified for our sins so we could one day enter into heaven with Him and God the Father and God the Holy Spirit. 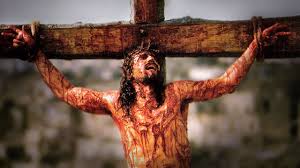 In the meanwhile, He said that we who believe will do more than He who came down from heaven to our mess. Maybe because there’s so many of us and we have God working through us.

He says He’s coming again, the Jewish Messiah that encouraged the apostles to change tradition and invite Gentiles to worship God and become His children as well. The Jewish people that accepted Jesus’ teaching and followed Him as Lord and Savior were first called Christians in Antioch.

Many prophesies in the Word of God say Jesus will return. The second time He is coming as the Lion of Judah. 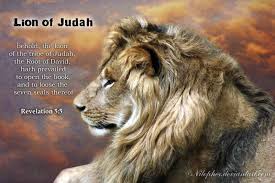 No longer a lamb, but a lion. If you listen to those who study prophesies and those who study the times, they are saying He’s coming soon. Are you ready? Am I ready? I fervently pray so.

I wrote a blog a day or two ago, and then I went to edit it. It was four days ago!

Where does the time go? They say the older you are, the faster time goes.

I want to shout, “Wake up, spend time doing what’s important, because the time is moving right along.”

Who should hear this message? Me first. Then anyone else frittering their lives away that wants to hear that they were put on this earth for a reason; yet they’re couch potatoes or totally self-absorbed and their families are floundering as they’re being neglected. Also, for people like me that have a dream they are pursuing and then they stop for just a moment to play a game on their computer or phone and find that two hours have zipped away and their creativity got spent on a non-essential choice. As Charlie Brown would say: “Arrgh!”

Is that how Charles Schultz spelled it? 🙂

Anyhow, do you feel as though the days are speeding by? Are you watching movies and reality shows and entertaining yourself to avoid stress in life or self-medicating with chocolate or hopefully legal substances like an espresso or talking to friends to get by and not doing what you were made to do?

Ah, I’m telling you, sometimes I’m right there with you and then I wake up and say, “What am I doing?”

“What am I hiding from?”

I’d love to hear how you focus, how you stop procrastinating, how you rest when you should and connect at appropriate times and how you say “No,” when need be.

We’re all in this together. Thanks.

I let this “rest.” For twenty-three days! God have mercy.