My husband and I celebrated more than 40 years of marriage this month. The actual day, we usually try to go out to eat and maybe take in a movie. It’s not as easy to choose a flick nowadays because the options are not as wholesome as they were in our growing up years.

That day fell flat because we had obligations we couldn’t overlook. So, we decided to put off our date until later in the week. My husband was not feeling well, and that inhibited his enthusiasm. I offered to wait even longer, but our schedule is really full sometimes. We found a restaurant we both like in a little out-of-the-way town. Since we only stop every nine months or so, we’re always delighted with the physical changes the owners make.

My husband worked in the food industry for many years, so he especially notices when they re-pave the parking lot, put in new landscaping, add new décor, update the restrooms, etc.
Unfortunately, they must have hired a new cook, because our entrees lacked seasoning. If we stop again, maybe we’ll take the opportunity to ask if they still have the same cook and suggest a change in recipes. It’s a little awkward. We added condiments to help improve the flavor.

So, rushing to an appointment took some of the romance out of our date. We also got the chance to talk about our relationship a bit. You can bet he didn’t bring that subject up. 😊

I brought up the five love languages mentioned in the book by Gary Chapman: 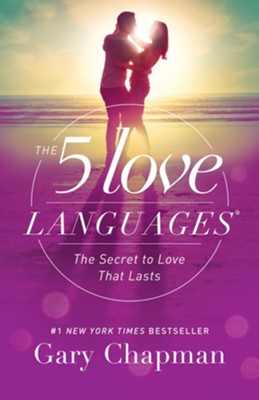 Our love languages are not the same, so I should remember what his choices are so that his “emotional bank account will be filled up,” when I meet that need, according to Mr. Chapman.
A few days after our anniversary, we opened our home to family for at least seven days. You might think that would interfere with our relationship, but since we enjoy our children and grandchildren so much, it actually drew us closer with the laughter and the challenges.
The youngest ones went home and now our son is staying for a few days. So, last night we drove to a bigger area to get my car looked at and watched a movie after our meal.

On the way to the car I began to hunt for my keys. They were somewhere in the mall. I thought of three places they could be, so the guys went back to our theater seats and I stopped at the concession stand. She called her boss whom alerted the cleaning crew and within moments the head cleaner removed the key chain from his apron.
It’s been a stressful week for me and for some of my friends. My mind was not in full gear. My husband said, “Well, you’ve never done that before,” after all was well. I tried to smile and then I almost cried and he shook his head gently in an it’s okay kind of motion.
It’s those kind of kindnesses that make me glad I married him.

Today, when under a time pressure and because of being tired and because sometimes I just feel ornery, I interrupted him to demand he listen to me. He waited while I got my point across and then started at the beginning of what he’d been trying to tell me. After I heard him, I realized he just answered my question and so I started on my last-minute project.
Moments later I replayed our conversation in my mind and by then he was in a meeting, so I texted him instead of giving him a call and apologized for being curt with him. Later, we talked and he said, “I don’t hold on to those things.”
He’s not perfect, I’m not perfect and I guess we try to accent the positive and downplay the negative. I don’t take advantage of his good nature, or at least I try not to take his attitude for granted. He speaks up if he feels the need to, which I appreciate.
A few years back, I helped an eighty-something year-old woman with her memoirs. She said, “I believe in laying your cards on the table. People need to talk honestly with each other,” when I asked her what helped her marriage last all those years.
I don’t think I’ve ever met a widow who didn’t wish she’d done more to show her love for her husband. One lady said, “He always wanted to open an Italian restaurant with recipes that came from Italy. You never saw that kind of food in our day. I held him back. I was afraid to take the risk. He was a great cook. I could’ve helped him with the books. I would have been better off today, too.”
She sounded like she was a great wife when she shared stories of their life together. One day, I told her my husband liked steak but it was so expensive. She was 79 and I was in my 40’s. She looked at me, “Buy your husband a steak.”
So, I did and he smiled when I pulled it out of the bag.
A 90-year-old grandmother at church lost her husband of 70 years in 2016. She credits a previous pastor’s wife for advice that improved her marriage. She was told to be a “helpmeet” to her husband, to do her best to meet his needs and show him respect. She said it revolutionized their relationship. Then she tells us, “We married for better and for worse. There was a lot of better and a lot more worse, but we stayed together and it was worth it.”
She’s quiet about her grief, but occasionally it overwhelms her and then she’ll tell us she can’t wish him back. He’s with Jesus and one of their sons that passed on ahead of them, and now he’s healthy and strong in heaven.
I can’t imagine being married for 70 years, but at the age of 20, being married 40-some years felt like a long time.
I hope you are doing well. If you love Jesus, keep looking up. Take advantage of praying for others, many people need it even if they don’t ask for intercession. One nice thing about being a Christian-Jesus said He’s up there talking to God the Father on our behalf.
May God bless you and protect you from the spiritual enemy of mankind.