I’m with some of my children and got to see all of my grandchildren. I love it when my son and his wife get vacation time. 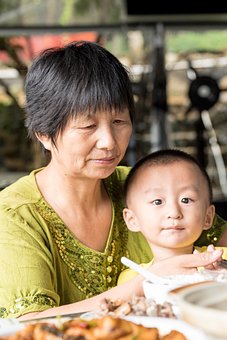 For two weeks before this I drove north to babysit for four of my “grands” and scooted home for the weekends. At the end of the two weeks, I was worn out!

Every once in a while, my husband and I will look at each other and say, “I’m not in my twenties anymore.”

An advantage of seeing my son-he takes the time to work on my computer, which keeps freezing up and gets in the way of my blogging. Another reason I love being with younger people is because by the time you reach grandparent age, you’ve seen a lot of disappointment and sorrow with the joys of life balancing things out.

The Apostle Paul continued in Phil. 4:9: “The things which you learned and received and heard and saw in me, these do, and the God of peace will be with you.”

If I get hit with fear or my thoughts are all over the place and I can’t remember what I was doing or what word I need to describe something, I stop a minute and breathe. Then, I repeat 2 Timothy 1:7, “For God has not given us a spirit of fear, but of power and of love and of a sound mind.”

The Word of God is true and works. I also consider the physical aspect. Am I feeling tired or thirsty or am I trying to focus on more than one thing at a time? I take care of those things if it’s possible.

Have you used a Scripture and seen God fulfill it? I would love to hear from you! Have you taken a vitamin B tablet to help when you’re in a stressful situation? Or exercised? What helps you?

What a glorious day in Upstate, NY. I’m at my granddaughter’s softball game which is lasting longer than I anticipated.
Some of the parents are freezing in their shorts and t-shirts, wearing flip-flops on their feet. The breezes are picking up and I notice the cheers accelerating. “Come on, you can hit,” while some nearby mutter sincerely under their breath, “Please, Lord, help them get a homerun so we can get going!”

https://www.bing.com/images/search?view=detailV2&ccid=%2b8%2ft%2fdr%2b&id=85A3EEE24B2BE2B5CAA3DE786640CFCBFE27C0D4&thid=OIP.-8_t_dr-cW2-d38YDyLiHQHaE8&mediaurl=http%3a%2f%2fd2fbmjy3x0sdua.cloudfront.net%2fcdn%2ffarfuture%2fTSG9A-VrG_pip1z2S0KECDB4Ei-V5rzmi3ARIGiuIGk%2fmtime%3a1486706231%2fsites%2fdefault%2ffiles%2fstyles%2fhero_cover_bird_page%2fpublic%2fCalifornia_Gull_ByronChin_FlickrCC_314.jpg%3fitok%3d1K0eMtBo&exph=1600&expw=2400&q=family+friendly+picture+of+a+seagull&simid=608050028687196349&selectedIndex=13
Suddenly, diving sea gulls attacked a blanket for some chips or popcorn. A tall, husky dad walked over to the offending fowl and off it flew with a couple of others, to boot.
The coach’s wife removed the tempting foods and folded the blanket within seconds.
The low-flying birds reminded me of a time when I went to Florida to visit my uncle and aunt. Our family went on a picnic to the beach and as I brought a sandwich toward my mouth, a sea gull swooped down and hefted it skyward.
As I related the story, a white-winged fowl glided about two feet above my head and I let out a shriek in perfect timing with the telling of the theft of my lunch, and my kids and I laughed.
In the meanwhile, the game warmed up and two fine hits got the players on the bases and a third brought some of the runners home. The other team got last-ups and they quickly struck out.
“Thank You, Jesus.”
My oldest daughter’s goose bumps had grown proportionately to the amount of time we sat and from the brisker breezes. Then, as soon as she could, she made her way to the car.
Sports in the fresh air for families and friends is one of the marks that winter is far behind us!
“Thank You, Jesus for making a beautiful world and amazing birds-even close flying sea gulls.”

May God bless you,  friends. 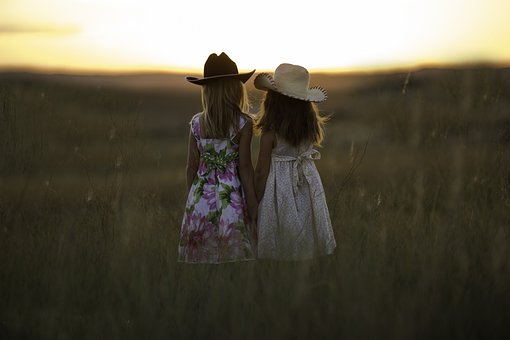 One of the nice things about my sister living near me is that sometimes we get alone time to talk about things. On Saturday, on our way to one of her favorite stores, she asked me about by last blog. “Why did you write, ‘if I get to heaven’? Do you think you’re not going to heaven when you die?”

I told her I should have explained what I was thinking.

I believe that God keeps those believers in Jesus Christ, the Son of God, who asked Him to be their Lord and Savior, and repented of their sins. In Ephesians 1 it tells us that God seals His followers forever and calls them heirs of His kingdom.

So, realistically, all born again Christians sincerely loving God and obeying His commands are secure in their relationship with Jesus. Colossians 1 tells us we are already seated in heavenly places. The Gospel of John shows us Jesus’ words about belief in Him.

I’ve read the Old Testament time and again. Believers in God, including Solomon, got off track and began worshiping other gods. In Ecclesiastes, it appears that Solomon got through the depression of leaving God and returned to the faith of his father, King David.

So, even though I’m secure in Christ, I’m also aware of letters from the Apostle Paul in the Epistles of the New Testament. He told disciples of Christ to work out their salvation with fear and trembling. He warned the believers in 1 Corinthians 6:9,10 not to be deceived. Neither covetous people, neither those having sex outside of the marriage of a male to a female, nor homosexuals, nor thieves, nor drunkards, nor revilers, nor swindlers, nor men behaving like women will inherit the kingdom of heaven. I would imagine women acting masculine fall into the same category.

Paul, speaking to Christians warns them if they’re living in the aforementioned manner, they will not go to heaven.

I believe Christians have free will to walk away from God, because one of the prophecies of end times is that a multitude of people will come to Christ and a great number of believers will find their love growing cold and will walk away.

The only reason I said, “if I get to heaven,” is because if I get persecuted, I don’t know if I would wimp out and reject Jesus.

I don’t think I’d do that because of God’s promises to keep His own and because I backslid once and I was miserable without God and I promised Him I’d never turn away from Him again. I understand the consequences better now-hell is worse than anything that I’d suffer on earth. Also, I’ve experienced ups and downs in life, and going through many experiences with Jesus makes the joy sweeter and the sorrow bearable.

I shouldn’t have said, “if I get to heaven,” I suppose, but my dad used to say, “only God knows who’s going to heaven.”

He said that because he saw some phonies in his lifetime. I don’t trust myself, but I do trust Jesus. If I get weak I call out to Jesus and that’s not going to change.

“I hope this helps,” my sister.

May God bless each reader!