I’ve been hearing a lot about marriage ever since I started writing about it the past few days.

I heard a couple speak about their marriage on Focus on the Family radio broadcast yesterday. The woman said they found out after the wedding that despite having many interests in common, they discovered they were exact opposites in their personality traits and in the way they did things.

The man said it added flavor and spice to their interactions and he wouldn’t have it any other way. She agreed.

That surprised me. I’ve heard other people say the same thing, but their differences drove each other crazy.

So, how do you work things out?

When you love someone, you want what’s best for them. If you’ve lost that loving feeling, become a detective and look for things you like about your spouse.

Concentrate on the positive attributes and try to ignore the minor annoyances. When you try and bless the other person, they will notice and usually pay attention. That’s a great first step to re-kindle the spark that ignited early in your romantic relationship.

I’m not very familiar with arranged marriages, but I’ve met some people that started marriage due to their parents’ agreement with another family. They seemed content with one another.

If a person finds themselves in a marriage with someone with serious issues, many folks find help with a marriage counselor’s assistance.

To me, a marriage is worth working on to strengthen the bond between man and wife. I remember a friend of mine back in high school. She was an art student. She showed me her arm and the way it curved. She said it’s perfectly designed to fit with a man’s arm.She found that fascinating. An arm linked with the arm of a person of the same sex does not meld together.

1 Corinthians chapter 7 gives principles of marriage: these include showing affection for one another and realising that since they became one flesh they don’t have authority over their own bodies, but their spouse has authority over the other’s body. So they should not deprive the other person without permission from their spouse. Even then, Paul says it should not be for a long time so they don’t get tempted by someone else.

There’s so much about marriage, I could write a book, which is why I started to. I don’tknow if I’ll write anymore about marriage for a while. I’ll have to pray about it. I just know that the longer I’m married, the more I appreciate God coming up with the model of marriage for men and women. Marriage gives men respect, purpose and stability. It gives women love, value and security, to name a few benefits for both sexes.

May God bless you.

Then after all the animals are made, which inspires me with God’s incredible creativity, Adam tells God there is no one suitable for him out of all the animal world.

So God puts Adam into a deep sleep and takes his rib out. He fashions a woman around the rib.

Adam and Eve are the first recorded couple and when they have children, the first family shows up on planet earth. 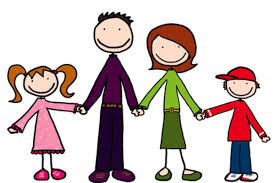 I miss my mother. She went to the other side over a decade ago. Occasionally I say to God, “Please say hi to my mother for me.” 🙂

I remember when she was in her seventies she would say she missed her mother. I told her that her mom had been gone for many years at that point, and she looked at me with her big brown eyes and said, “It doesn’t matter how long she’s been gone, I still miss her.”

I’m beginning to understand. What I find myself doing is quoting her. When there’s a disagreement between loved ones, I say, “In ten years how important will this be? Will we even remember this moment?”

Other times she would say, “This, too, shall pass.”

I asked her in her 70’s what words of wisdom she may give me? She thought for a moment, “Be prepared for change. Change comes whether you’re ready for it or not.”

I’ve seen lots of changes over my life time. When I was a little girl living on a city street of a hundred houses, I only knew of three families that experienced divorce. I knew almost everyone on that street. Divorce was totally uncommon.

There was no internet when I was young. People interacted with each other face to face and sometimes on the telephone. My dad would yell at me to get off the phone, especially if it was long distance. The phone company charged for long distance by the minute. We shared our phone line with three other families. It was called a party-line. We could listen in to other people talking, but we respected their privacy.

Some changes are good, some have proven not to be so good. Family was God’s idea. A strong family gives children security. Women, too. I know men get hurt deeply when a woman they married cheats on them, from people I’ve talked to. Family is an integral part of society and when it functions well, society functions well.

Well, I guess I’ll get going. I’ve got my computer back for a day before I mail it off to another area of my world. Think I’ll do some creative writing. 🙂

In recent sermons, my husband, the man who likes Science and Math and Business and People, has been preaching on the book of Genesis. In the beginning, God created. When He created man and then woman, it was the only time He said, “It was very good.”

After God created the heavens, the earth, the plants, the sun, moon and stars, the animals, He said, “It was good.”

We believe in a six day creation; one of the reasons is because God made the plants on one day and the next day He made the sun. He made mankind in God’s image, “Our image,” He said: Father, Son, Holy Spirit. He spoke the world into being.

In the Scriptures, it says, “Ask and you shall receive,”(John 16:24). “If two or more agree as touching anything on this earth, it shall be done of them by the Father,” (Matthew 18:19).”If my people, which are called by my name, shall humble themselves, and pray, and seek my face, and turn from their wicked ways; then will I hear from heaven, and will forgive their sin, and will heal their land,” (2 Chronicles 7:14).

Are we power releasers? Why does God want to include us in helping to determine the condition of this world?

I wrote my ten year old grandson a letter about this idea of prayer releasing God’s power in a fashion that a ten year old would understand. He is a deep thinker. He loves super heroes. He doesn’t like bullies. Well, who does want to be bullied? 🙂

God is a creative God and we are made in His image. Maybe that’s why I feel more alive when I write. I’m looking at prayer in a much deeper way this day, because of His written word.