A few weeks ago, I joined a group of elderly ladies to exercise using stretch bands, two Frisbees to clap overhead or by our sides, a chair for balance, two foam-like squishy balls, and a room to walk around in. It didn’t seem like much, but we got an amazing amount of stretching and resistance workouts in.

This week I needed to see an expert in body movement and I received an assignment to do stretch and resistant activities to work neglected muscle groups. It’s taking about two hours per day for these additional actions, so I told the neighbor that invited me to the group not to expect me for a while.

She’s such a nice lady. “Join us again when you can,” she said.

So, it’s about time to call it a night and I just realized I neglected the second time to pull out the mat and the papers with the diagrams and instructions. So this is a short blog entry. I know my life is not my own, but I really feel it lately. J

“Keep leading me, Lord. Help me to follow You and not mess up. I ask in Jesus’ name. Amen.”

May God bless you, my friends.

Three of us entered the church tonight for our organizing class. Two more decided they’ll join next week. 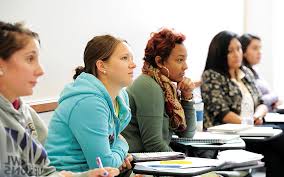 It’s humbling to join with folks and admit you’ve got a problem you’ve struggled to overcome. It’s also exhilarating to know you’re not alone.

So we left the meeting with the words commitment, hard work, and support as some of the parting promises to one another.

I read some women’s magazines with articles off topic from organizing which made me want to write an article for one of them. I’ll need to do some research on the subject and on marketing. Some magazine editors don’t accept articles from writers if they haven’t sold to a magazine with a huge following.

I truly believe that God orders my steps in mysterious ways sometimes.

Proverbs 16:9 (ESV) says: “The heart of man plans his way, but the LORD establishes his steps.”

We’ll see where they go.

May God bless you as you step out in life.

My husband and I watched a documentary on Netflix called “Buck.”

It was about the man in the movie that Robert Redford portrayed in “The Horse Whisperer.”

He had a harsh upbringing so he learned another way. He’s so gentle with the horses yet firm. He talks with the owners of the horses if they have an issue that’s causing the horse to have an issue. What a privilege to see such beautiful animals and fun to watch him interact with the paint and other pretty equines. Robert Redford told some tales of Buck’s impact on the movie.

My husband heard of some men that tour the country with their horses to showcase the animals and to present the Gospel years ago. He sat in his office wishing he could see them when he heard a loud sound. He went outside and there in our church parking lot stood a horse trailer attached to a heavy duty pickup truck. He couldn’t believe his eyes. They needed a meeting place to deliver a horse to a gal on their way to an event. They were about to ring the doorbell to see if it was okay to stay there for a short while. He invited them inside and got a chance to visit with them.

Later on he told his dad about it and they drove to the good-sized city to watch the “Sermon on the Mount” show in a large arena. He bought a DVD from Horse Whisperer Lew Sterrett.

I can’t help but think about God’s word saying in Psa_37:4, (ESV):  Delight yourself in the LORD, and he will give you the desires of your heart.

May God bless you. I hope this finds you well.

i’m writing first thing in the morning because last night I realized I didn’t blog yesterday and I had committed to blogging every day except for Sunday. So, I decided to blog right away.

“Commit all you do to the LORD, trust Him to help you do it, and He will.” Psalm 37:5 I couldn’t find the version for this particular quote. It’s very close to many others.

I got sucked into a book written by Gayle Roper entitled “Lost & Found,” yesterday. The topic made me a little uncomfortable, but I had to know how things would turn out. The book was copyrighted in 2013 in Gayle Roper’s name but I can’t tell you who published it because I looked all through the first pages, on the spine and in the back, and didn’t find a name. The last page says Made in the USA, Middletown, DE, 11 July 2015. I bought it near the end of July, 2015: talk about hot off the presses.

She signed it for me with the encouragement: “I look forward to your novels!” and wrote Col. 3:17 for me to look up and read. I took this long to start this book because I take out library books and there’s a due date on those! 🙂

I’ve been concentrating on blogging and housework and Bible studies and family/friends and it’s been hitting me that I haven’t worked on my novel since early January.

I listened to a CD I purchased at Montrose Christian Writers Conference maybe five years ago of a class taught by Bonnie Calhoun. She suggested writers blog every day. EVERY DAY! “Aargh” – Charlie Brown might say. Charles Schulz, creator of the “Peanuts” comic strip probably worked every day except Sunday if I remember from the excellent book on writing edited by his son, Monte Schulz and the co-editor Barnaby Conrad entitled, Snoopy’s Guide to the Writing Life, copyright 2002, published by F + W Media. 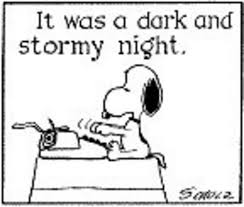 So, today is my first day blogging every day except Sunday. Lord, help me. 🙂

I love to write. Joy wells up within me when I write. How about you? What hobby or chore puts a smile on your face when others may say, “Are you kidding me? Yuck!”

When I went to this house full of people of mostly acquaintances, and I’d heard the prophetic giftings flow like water out of a broken pipe, on the ride over I told the Lord I didn’t want a Word from anybody. One Word for my daughter talked about her being like a daughter to a lady and the lady being like a mom to her. That they would be as if they were joined at the hip. I saw my daughter searching for eye contact with me. Later, she said, “Mom, were you okay with that prophesy about me being a daughter to someone else?”

I told her I was okay with it, because I know I’m not perfect and maybe this person could fill in some of the gaps where I fell short. Was it easy to hear? Not necessarily. Was it easy to respond that way? Easier than it would have been some years back. I thought of the Scripture that says if we follow Jesus and lose our parents or siblings because of persecution, God will give us many more. That was a paraphrase, and I have not rejected her for her faith, but it seemed to fit my thinking. I’m secure enough in our relationship to share her.

So, as I soaked in the presence of God as we worshiped the Lord, I heard Him say, “Cast all your cares upon Me for I care for you.”

Then later I was thinking, Lord I wouldn’t mind a Word after all. Then, “Am I not enough for you?”

This is the second time in a month’s time that I’ve heard that phrase. I was fretting because my husband lost some money. “Am I not enough for you?”

I meant it then, and I meant it at the gathering. It gives me peace to know He’ll be there in relationship and in provision. To God be the glory.

C.S. Lewis wrote in Mere Christianity that pride leads to every other vice. If that’s the case, we all have pride, and God does not like pride. Proverbs 8:13 says, The fear of the LORD is to hate evil; Pride and arrogance and the evil way, and the perverted mouth, I hate.
I went to a dinner with eight other people tonight. It was my turn to bring the main dish. Other folks brought bread, or salad, or the dessert. I worked on a homemade sauce from organic tomato sauce, organic crushed tomatoes, and a half portion of organic tomato paste, a half non-organic. A little parsley that was growing in a pot in the kitchen, a little taste of regional honey, other spices, It seemed flavorful. Then, adding sixty-four small store-brand turkey meatballs, it simmered for hours. When I sampled it, it tasted mostly of ground turkey, which didn’t appeal to me.
I thought it was because I’ve been eating vegan foods most days. When the whole group raved over the salad, I asked my husband how the sauce was. “Okay.”
“Ouch.”
I like to think I’m a good cook.
Then, I pulled out my guitar. The guy who usually plays re-strung his guitar last night, so he didn’t want to bring it tonight. I usually coast along, following his lead. When i play at church, I use music sheets and don’t memorize the chords. He refused, in a polite way, to take my guitar. “Go ahead. Play some songs, the chords will come to you.”
I couldn’t convince him to use my instrument. So, I gave in. Some songs sounded okay. Not one was perfect. Occasionally, I stopped strumming and we sang                 a cappella.

Afterwards, my friend said, “You got stretched tonight, didn’t you?”
“Yes, I did.”
In Proverbs 16:18, it says, Pride goes before destruction and a haughty spirit before a fall.
It occurs to me that when I pray for God to change me to be more like Him, He’ll gently point out areas that need improvement. He’ll lovingly chip away at stuff that needs to go.
I saw pride raise its ugly head in two areas tonight. There could be more, hidden away, trying to trip me up. “LORD, help me to be aware of things You want gone. Thank You for the grace to adapt and repent. I can’t do it without You.”