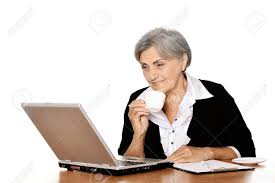 I’m beginning to wonder if God wanted me to take a break from blogging. Every time I thought I’d take time to blog, my computer acted up. And I almost quit tonight when Word stopped responding.

I got a new computer in August and soon after setting it up, it malfunctioned. My son, an IT guy, told me to erase everything and set it up with the CD that came with it. Scrub it clean and start over. Months later, I read on the internet that the manufacturer warned new owners that they may have to empty the new computer and imprint it again with the enclosed disc. I was not impressed.

For the last four days, every time I started this computer, it froze. So, I closed it up and walked away. I’m using patience on real life events and the computer was low on my list of priorities. Until tonight.

My life is moving along without a lot of hitches, although everybody and their brother has been sick in one way or another. My husband and I have battled low grade fevers, and then coughs, etc. for at least three weeks. We’re at the end of it and my schedule allows for rest easier than his.

I know some folks fighting Stage 4 cancer and God is answering prayer on their behalf, others battling debilitating diseases and people are praying for them as well.

So, I can’t complain and I’m learning more and more that God doesn’t like bitterness and complaining. It hurts our soul and it’s telling God He’s not helping us. Yowza!

In Numbers 21: 4-6, the people told Moses their soul loathed the manna God provided and that they didn’t have water and food. Then God sent fiery serpents to kill off the murmurers until they cried out for forgiveness in verse 7. Sometimes I think we’re the same today. We take God’s blessings for granted and when things don’t go our way, we start carrying on – at least, I do at times. Then I wonder why I’m suffering some direct results of the negative conversation. It may be unanswered prayer, or some previous blessings melt away.

Then I, like the Israelis, get on my face and tell God I’m sorry and He turns things around. Praise God for His mercy!

I hope this finds you well. May God bless you.

I went with a friend to see another friend at the hospital today. We talked and laughed and then the nurse came in with a wheelchair. A heart catherization scheduled for 11 a.m. stopped our revelry. I asked if we had time to pray and she gave us the okay.

Three hours later, we began to fret. It was usually an hour-long procedure and no one knew if she rested in the recovery room or if they were still in surgery.

Her husband and son left the room to check the status board and we didn’t see them for a while.

Then the gurney arrived and she looked better than she had before the surgery.

During the operation, the doctor discovered there was no blockage in her heart.

Somehow, the blockage they saw in tests dissolved away. Perhaps the medical procedures did that. They don’t know. All I can say is that she had a large amount of prayers ascending to heaven after news of her mild heart attack reached prayer warriors.

When I told a close friend of hers, she got so excited and started bragging about the goodness of God.

She quoted Scripture from the book of John where Jesus said that His Father is always working. Then she said, “God doesn’t need rest like we do.”

Her joy and awe of God added a sweet touch to a great day.

Well, the house is quieter and the neighborhood bereft of indignant squeals between siblings. We went to two libraries for books and videos and a bagful of puppets. Tonight I read, Oh Say Can You Say? by Dr. Seuss. It’s a BEGINNER BOOKS, A Division of Random House, Inc. and was copyrighted in 1979.

I wish we would have read it together. It made me laugh a tiny bit on my own as I stumbled over the phrases. Together we would have shouted with joy, I’m sure.

I hope it’s okay if I type a couple of pages. Minus the pictures it won’t have the same impact, but if you want to read these aloud, you’ll get an idea of the juxtaposition of words and the easy chance to mispronounce them.

Then Pete puts his patted pigs away

Isn’t that a hoot? Aren’t words fun? I give the typists at Random House Beginner Books a lot of credit. It wasn’t easy typing those words, let alone reading them. And the layout of pictures and the bright colors. It makes me want to buy the book for my grandchildren to grab ahold of, and maybe I will.

Grandchildren are just grand, fun to have around, makes me sad to see them go, and yet I sleep like a baby after they’re on their way. Not my problem to discipline them, just my job to love them and give their parents advice if they ask.

They receive my prayers, whether they know it or not. I receive their prayers and sometimes I get to hear them, which warms my innermost being.

I hope you are having a great day. May God bless you and yours.

So, I know where my grandson gets his pondering from 24 hours after the fact. It’s partly from me.

I rehashed yesterday’s blog on time spent with the grandchildren. In addition, on Sunday night my daughter worked on some paperwork she needed to finish up, so she asked if one of us would help get the kids ready for bed.

The older they get, the less help they need. I think I helped two of them floss their teeth and the four year old needed a little help reaching the hidden teeth at the far left and the far right when brushing them. I put his toothpaste on the brush so the whole tube didn’t get emptied out. 🙂

Just before tucking them in for the night we turned to the Bible for a short story. The oldest boy asked if they could act out the one I chose. That kept me scrambling through the pages.

I chose Jesus being led by the Spirit out to the wilderness. There’s lots of action in that but not so much as in David and the giant Goliath facing off in battle in 1 Samuel 17. I didn’t want to wake them up.

The oldest and I read Matthew chapter four to them and we’d switch off children to characters so everyone had a turn. It wasn’t bad asking, “Who wants to be Jesus?”

Saying, “Who wants to be the devil?” with enthusiastic responses of “I will!” was a bit disconcerting for this Grandma.

They really got into it, especially the second-born grandson.

Montrose Christian Writers Conference in Montrose, PA does a dramatical event for participants that I entered in a couple of times. Every small group gets their own bit of Scripture to re-enact. I portrayed the person burying their talent into the ground so the Master wouldn’t lose his talent.

When the “Master” called me a wicked servant and asked why I didn’t put the money into the bank at least, to earn interest it really hit home. That Scripture is found in Matthew 25: 1-30. When Jesus quoted at the end, ‘And cast the unprofitable servant into the outer darkness. There will be weeping and gnashing of teeth,’ I got a chill as my co-writers helped cast me away from the group.

Anyway, the four children and I finished our acting out the Scriptures and then we prayed for a little bit. I love hearing little ones pray.

Sometimes when I babysit at their home after getting them all ready for bed I’m absolutely exhausted and not that interested in the secular story and then the devotional time. I just want them to go to sleep.

I’m glad my daughter did the child care for most of the day. I thoroughly enjoyed the wrap up at the end of their last day at our house.

May God bless your day!

Do you ever ponder? Sometimes I wonder if what I think about is something God wants me to be prepared for. Or because He knows what I’m thinking, does He then allow it? Even thought He’s outside of time and knows the beginning from the end.

In my naiveté and my intense longing for people to come to faith in and allegiance to Christ, I pictured myself in a situation. I, along with others, were in a waiting room. We had cancer. I witnessed to my fellow chemo-therapy patients about the joy of being a child of God. It felt right. I smiled.

Of course, there was no reality of fear of the diagnosis or the pain of the procedure. Having participated in the Hallelujah Acres or Hacres.com recommended lifestyle, I don’t even believe in chemo-therapy or radiation. I’m convinced of healthy eating habits and exercise to put anti-oxidants in my bloodstream and to reduce stress. I also believe in the Bible. One verse says, “You are not your own, you were bought with a price.”

Which means Jesus has called me to sacrifice myself for the well-being of others. This thinking is all well and good until you go to the dermatologist for a standard appointment. When  “By the way, will you check out this small irritation on my shoulder?” turns into an immediate biopsy, (which my doctor has never done), and then a diagnosis of a rapid growing skin cancer, I’m no longer philosophizing about the dreaded disease.

Did I do as I think Reverend George Malkmus of Hallelujah Acres would do and not get the offending site surgically removed? No. I went to the general surgeon a week ago and had him cut away the bad with the hopes that he reached all healthy tissue. I’ll find out the results and the prognosis tomorrow. I have 2 1/4 inches of Frankenstein-like stitches on my left shoulder, black thread to be removed tomorrow. As a Star Trek fan, I can’t help thinking it’s a barbaric way to treat the body.

So I sat on a wooden chair, bar stool height and played guitar for church services two times today, balancing the instrument on my legs.

I asked  my husband to go to the doctors’ tomorrow in case they want to remove more of my shoulder or if they suggest treatment. I want his support. I’ve prayed for healing and received others’ prayers for healing. I’m also very aware that this planet is not my home and heaven promises to be far better.

I believe God healed me. Maybe He’s testing me, “Do you intend to act on these thoughts of yours to witness to patients in the same situation as you are in?”

Frankly, I’d rather act on less painful scenarios that play their way through my mind.

I trust God. He’s answered way too many prayers and given me a deep abiding peace in the midst of struggles, to doubt His loving intervention in my life.