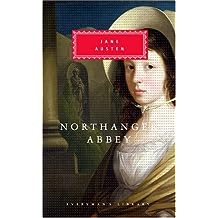 I am about to read Chapter VI in Jane Austen’s novel, Northanger Abbey, with the Introduction, Bibliography, and Chronology copyrighted in 1991 by Everyman’s Library. It was published by Alfred A. Knopf, New York, NY and elsewhere around the world.

It seems that I pick up a book or begin a chore more easily than I read the Bible lately, and my disposition suffers from the lack of the Word. So, I read some of the book of Joshua today, but in addition, the quiet sitting and thinking of the meaning of the passages has been avoided.

Another habit that’s slipped by the wayside- a regular writing of this blog!

So, tonight, I decided to just write a little and to say hello.

I wrote about Easter the second week in March because a lady did a devotional on the Crucifixion and the Resurrection of Jesus Christ. I will type it out this week rather than go into detail tonight, although it is a very short blog.

One of my children, with our grandchildren in tow arrived at our house on Thursday and stayed until Monday morning. Making pancakes, and Easter bread, which came out well, (yay!) kept me busy, in the midst of hide and go seek, and monster tag, etc.

Since I bought a soft cast for my leg to support my sore foot, I decided to chase the kids with the big black velcroed boot on, which stiffens the whole leg. Extending arms and making scary noises started a new game a little while ago. That event caused them to beg for the chase again this week.

When we moved to the back yard, which is not flat and smooth, it made it awkward for me. My granddaughter stood before me to guard against the boy monsters getting me. When I told her she didn’t have to always be the monster, she said, “I’ll just be your apprentice monster.”

Kids grow up so fast!

I wonder what Jane Austen would think of modern day England and America. She mentions in Chapter V, “As soon as divine service was over, the Thorpes and Allens eagerly joined each other;”

The Christian world was commonplace to her in the novels I’ve already read, but she didn’t mention “divine service,” as far as I can recall. I liked that phrase, “divine service.”

Before the story begins, there are pages of narration in the Introduction and then there are a few pages of her history, and other author’s names and works, and the history of the world all in corresponding rows set up according to the years. The events of war and major political happenings concerned Europe and Russia and occasionally the United States. Napoleon was alive and engaged in taking over much of the world during her lifetime.

Today, I heard in the news that Chinese diplomats are talking to Russian diplomats and possibly America and South Korea will join the conversation. As I read the Bible, it makes me think of the alliances of nations that it talks about at the end of the ages. China and Russia are mentioned. The United States is not mentioned, as far as I can tell, unless we are included with Great Britain. It’s a little complicated.

I hope this finds you well. May God bless you and keep you in the palm of His outstretched hand.