Do you ever find yourself overwhelmed with all the changes going on and all the negative news? Wednesday was one of those days for me, so I sought out a favorite song on YouTube performed by The Martins: “The Promise”. https://www.google.com/search?client=firefox-b-1-d&q=YouTube+The+Martins+singing+%22the+promise%22+song

After that song played, a medley of songs by Mercy Me and other artists came up, one after another. I remember “Holy Water” by We The Kingdom and Tasha Cobbs started and that is a praise and worship song. I must have pressed the +50 button. Some of those spiritual warfare songs rising up got me dancing. The next one was Mercy Me’s “Even If”.

In the Bible in the Psalms somewhere close to Psalm 150, it mentions fighting the adversary of our soul. I believe I learned that singing to Jesus and dancing for Him makes the enemy flee. Lisa Bevere taught many years ago at a Ladies’ Retreat offered by Bethel Full Gospel Church on East Avenue in Rochester, NY. The ladies traveled to Watson Homestead in Coopers Plains, west of Corning, NY. Maybe that’s when I learned it.

The next song may have been “Raise a Hallelujah” by Bethel Music. I remember “Chain Breaker” performed by Zach Williams and “Redeemed” by Big Daddy Weave and “Eye of the Storm” by Ryan Stevenson and “Surrounded (Fight My Battles)” by Michael W. Smith.

Earlier, I was asking God, “What’s the matter with me?”

Were tears brought on by being overtired, not getting the right nutrition, because after all this alone time-meetings starting three to four a week, what was it? Or maybe a combination of it all? Company staying over for days on end, as much as I love the people involved? Reading the book of Job in my daily devotions?

Heart breaking from my country attacking itself from within. Disbanding police is the most ludicrous thing I have ever heard of. Dear God.

After a few songs, a few worshipful dances I began to realize whatever was bothering me was completely gone! Lifted! As long as I’ve been a Christian, there are still times when I don’t recognize spiritual attacks. The enemy of my soul threw salt into wounds. Looking to God, Who is in control-even if I can’t see the way things will work out for people, gives me back my peace and my joy. Repentance and then prayer moves the hand of God!

“Woodlawn” movie on DVD from Universal Pictures Home Entertainment came from Netflix to our house this week. It’s got a mixture of football games and relationship intrigue in the storyline.

This movie opened with a bus burning in Birmingham, AL in Martin Luther King, Jr.’s day, and is based on a true story.

Woodlawn High School was forced to integrate African-American students with white students in the early 1970’s. Students and parents yelled and pushed while police shepherded the new young people from the bus through a pathway to their building.

“Woodlawn” is an Erwin Bros. film. Pure Flix presented in association with Provident Films a Kevin Downes production of a movie based on the lives of football players and their friends and family, along with coaches and faith-filled mentors. The film was rated PG. The website for the film is http://woodlawnmovie.com and this picture comes from there:

A top-notch football player catches the eye of the head coach of an Alabama University at a game, and he tells the high schooler that they’ll meet again.

Tandy Gerelds (Nic Bishop), is the vice-principal of Woodlawn High, and more importantly, the football coach. He’s not thrilled to have new players with a dark complexion, but he loves football and sees what an asset these young men will be to the team. To say that he protects the new guys from harsh hits at practice would be a lie, but he doesn’t encourage abuse as some rival coaches suggest to their squad.

I enjoyed hearing favorite Christian songs in the film from the time, like “They’ll Know We are Christians by Our Love” based on 1 John 4 in the New Testament:

The following information is from the movie’s website provided for the press:

Before a major playoff game, Tony Nathan is running the stairs at the stadium when he encounters the quarterback from the rival school. When asked why thousands of people would come to see a high school game, Tony responds, “For hope.”

More folks attended that high school game than any other, ever.

They got to view football players clash on the field, yet help opposite team members up from the ground after the play ended. I felt hope that Jesus can change hate-filled people to love-filled persons of God and of mankind. I’ve seen it and experienced it. I lived in that stressful era of uncertainty as society grappled with the assault on authority and the status quo.

Our Ladies Bible study celebrated their 13 year anniversary today. It’s actually two days from now, but we meet on Wednesdays.

We’ve been getting new people lately and I love how our group welcomes visitors. Occasionally, I jump too soon into giving a book away and the person never returns.

The latest person, a young college student, rearranged her classes so she could attend today.

She is going to memorize the worship songs and bring her guitar on Sunday with permission from the leader.

I sought out a stranger in town today and found out she’s this young girl’s mother. They both have the sweetest smiles and joy in their hearts for the Lord.

One never knows what a day will bring. Since I gave away our last spare book to someone that may not come back, I’ll ask this young person if she wants our Unglued tome by Lysa TerKeurst.

My husband said since we’re almost done and if she doesn’t need the help that book gives, she may not want Unglued.

I’ll ask her on Sunday. I’m going to try and remember to bring in a zucchini plant as well. Her mom thanked me for the cherry tomato plant one of the ladies gave her daughter.

So delighted over a plant, it sparked the thought, I have four zucchini plants and a small space set aside for a garden.

I offered her a zucchini plant and she smiled with such delight, it gave me a warm feeling inside.

No wonder the Lord tells us to be thankful. It’s good for our attitude and I imagine it gives Him joy to be appreciated.

Occasionally people scam other people – strangers or friends may steal. My dad determined in his heart whenever he lent money to hope for repayment but not to expect it. That way it didn’t get in the way of relationship.

With the way the world is going, we have chances to forgive people daily – even those we haven’t met in person. 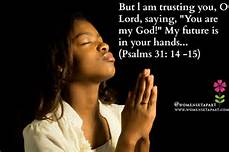 So, we opened our Bible study in prayer, as usual, but we included people we don’t know whose names or home cities were in the news. We prayed for victims and families of deceased victims and for perpetrators and we prayed evil ones would repent and get saved and stop hurting people. Then we remembered our loving, just, all-powerful God before we shared favorite Scriptures.

A little later we celebrated 13 years of Bible studies and prayed for a continuation for as many more years as the Lord allows. Praise His name!

May God bless you.

Sometimes I’ll tell my husband that I feel like I’m in a spiritual battle. Big sigh.

Today I pondered the idea of fighting back. Not taking kick boxing classes, (are those for fighting or getting in shape)?

Anyhow, I thought of Christians all over the world being persecuted for their faith. Americans only face a little of that so far, although in the secular media I’ve noticed that the crazy guy with the ax often carries a Bible in the other hand. Right. I know a LOT of Christians and none of them are murderers.

So, to get back to the fighting bit. I think every Christian should pick up their Sword of the Spirit – the word of God, and yield it with all their might, humbly on their knees in prayer.

Can you imagine if every Christian in the world spent an extra five minutes a day repenting of sin and then praying for others, using God’s word to remind Him of His promises, and then listened quietly for another five minutes? I believe the battle in the heavenlies would rock our world like ISIS or that mean person in our lives never dreamed of.

Eph. 6:12  (KJV) states: “For we wrestle not against flesh and blood, but against principalities, against powers, against the rulers of the darkness of this world, against spiritual wickedness in high places.”

God wants us involved in this life for His glory and for His love to be spread to others through us. How can we love others if we’re not in communication with the Great I Am?

We can only love and pray and serve and exist with the strength God gives us. When we try and do it on our own, we wimp out. We get tired, sick, discouraged, misdirected, maybe even feel manipulated.

Even Jesus took time with the Father every single day. If God the Son needs time with God the Father to be re-charged, how can we go it alone?

I’m just picturing more victory in this world when we all participate, because for some odd reason, God wants to include us in the heavenly realms’ battle, which impacts our sod.