What a glorious day in Upstate, NY. I’m at my granddaughter’s softball game which is lasting longer than I anticipated.
Some of the parents are freezing in their shorts and t-shirts, wearing flip-flops on their feet. The breezes are picking up and I notice the cheers accelerating. “Come on, you can hit,” while some nearby mutter sincerely under their breath, “Please, Lord, help them get a homerun so we can get going!” 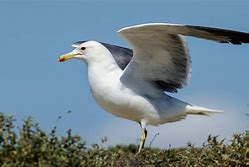 https://www.bing.com/images/search?view=detailV2&ccid=%2b8%2ft%2fdr%2b&id=85A3EEE24B2BE2B5CAA3DE786640CFCBFE27C0D4&thid=OIP.-8_t_dr-cW2-d38YDyLiHQHaE8&mediaurl=http%3a%2f%2fd2fbmjy3x0sdua.cloudfront.net%2fcdn%2ffarfuture%2fTSG9A-VrG_pip1z2S0KECDB4Ei-V5rzmi3ARIGiuIGk%2fmtime%3a1486706231%2fsites%2fdefault%2ffiles%2fstyles%2fhero_cover_bird_page%2fpublic%2fCalifornia_Gull_ByronChin_FlickrCC_314.jpg%3fitok%3d1K0eMtBo&exph=1600&expw=2400&q=family+friendly+picture+of+a+seagull&simid=608050028687196349&selectedIndex=13
Suddenly, diving sea gulls attacked a blanket for some chips or popcorn. A tall, husky dad walked over to the offending fowl and off it flew with a couple of others, to boot.
The coach’s wife removed the tempting foods and folded the blanket within seconds.
The low-flying birds reminded me of a time when I went to Florida to visit my uncle and aunt. Our family went on a picnic to the beach and as I brought a sandwich toward my mouth, a sea gull swooped down and hefted it skyward.
As I related the story, a white-winged fowl glided about two feet above my head and I let out a shriek in perfect timing with the telling of the theft of my lunch, and my kids and I laughed.
In the meanwhile, the game warmed up and two fine hits got the players on the bases and a third brought some of the runners home. The other team got last-ups and they quickly struck out.
“Thank You, Jesus.”
My oldest daughter’s goose bumps had grown proportionately to the amount of time we sat and from the brisker breezes. Then, as soon as she could, she made her way to the car.
Sports in the fresh air for families and friends is one of the marks that winter is far behind us!
“Thank You, Jesus for making a beautiful world and amazing birds-even close flying sea gulls.”

May God bless you,  friends.

I cleared my calendar for this week when my grandchildren showed up for a little more than a week last Sunday.

They are getting old enough to sleep away for a week in the summer from their folks at home. My father-in-law used to have our kids over for a week in the summer, so the tradition continues, although I think he took them one at a time. He used to hire them to help around his place and I intended to do the same on a lesser degree, but the time is flying by. Plus, we’re making plans to see some attractions and extended-family, so it may not work out.

Years ago, a pastor younger than my husband and I told me if I ever wanted to get my house spruced up, invite people over. It proved true for me this week. I emptied a closet out in two rooms and re-organized them, threw stuff away and placed some items in a give-away spot.

I kept waiting for the weather to warm up so I could apply house numbers to our mailbox that I bought in Feb.

I cleaned the outside of the mail receptacle, rinsed it and dried it. I carefully affixed the large numbers at around 9:00 at night. I’m expecting a few more family members tonight. I even washed fingerprints off the screen doors’ glass around 10:00 p.m. because it’s been driving me crazy and the children are sleeping.

We tried to read about Moses tonight for their Bible story, but unfortunately, last night they were so stinking cute and I was tired and I got laughing and they got laughing and we cut it short. Then the second born told me we didn’t get to read about Moses, so I promised we’d do it tonight. They like to act the story out and I didn’t let them last night because I was not up to it. So, they tried to act it out tonight. The last born decided he wanted to be God in the story, but halfway through God’s speech to Moses where God says His name is “I AM,” the little one decided he wanted to be the king instead. The oldest told me that’s because Jesus is the “King of kings.”

I was beginning to agree to that and suddenly everything ran amuck. The second born starts laughing because he likes to laugh and he’s remembering last night, but it’s just when the youngest says in the lowest voice he can muster, “I AM.”

It seemed so awe inspiring to me, that I didn’t want laughing at that juncture and then my husband comes into the room and says, “How long of a Bible story are you going to have tonight? Are you planning on going on until 11:00?”

By then, my granddaughter who got tired of the small amount of lines from Pharaoh’s daughter had decided she’d be God instead of her abdicating brother. Her oldest brother, Moses was trying to stay the course but every once in a while one of the younger ones would give him an unexpected hug from behind that was almost a tackle and he’d start laughing. I gave up.

I hope you’re enjoying this month. I write to someone in Bolivia and it occurs to me that when we’re finally getting sunny days in between this rainy spring that they’re heading into winter.

By the way, have you cleared your calendar lately?